A Christmas Conversion
The Week Before Christmas

Twas the week before Christmas
and all through the office,
Not a label was printing,
- not out from SalesForce.

The cards were all stuffed
in envelopes with care,

In hopes that the addresses
soon would be there.

The staff was stressed out from
"help" screens on the web
While visions of print menus
danced in their heads.

When in Boss's office
there rose such a clatter,
I sprang from my desk
To see what was the matter.

"When we used ACT! Windows
We mailed in a flash!

Tear up the SalesForce bill.
Put it in the trash!"

She called to the office
of DC's ACT! doctor
Who came by so soon
that it pleasantly shocked her.

When, what to my wondering
eyes should appear,
But a miniature phone.
Hey, the ACT! guy is here!

With a little old Palm-top
so lively and quick.
I knew in a moment,
It's Consultant Rick.

More rapid than FoxPro
his programs they came.
And he whistled and shouted,
and called them by name.

From the Top of the Table
To the End of the File!
Now Import!, Now Compress!
Reindex it all!

As dry leaves that before
the wild hurricane fly,
When they meet with an obstacle
mount to the sky.

So into the desk-top
The contacts they flew
With a file full of Notes
Calls, and History too.

He worked through the night
A right jolly old elf;
And I laughed when I thought
How I'd do this my self.

A wink of his eye
and a nod of his head,
Soon gave me to know
That our cards would be read.

He spoke not a word,
but went straight to his work,
And filled our ACT! records,
with Salesforce Convert.

And laying his finger
aside of the mouse,
And giving a click
Out the printer they rose!

They sprang to stick stickers,
our staff worked quite hard.
Then to the Post Offfice,
with thousands of cards.

But I heard him exclaim
as he invoiced and packed,
"Merry Christmas to all"
and "Welcome back to ACT!"

* The actual sequence of programs was different, and included ACTDiag.
So this list of functions was influenced by its syllables and what rhymed. 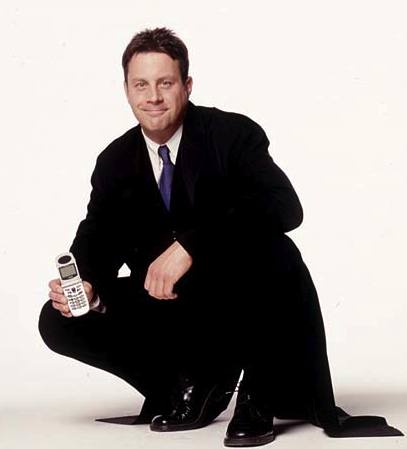 Another major conversion to ACT! has now been completed.. First we conquered Goldmine, then Maximizer - now SalesForce.

Each of these contact managers offer a utility to convert from ACT! But ACT! only provides a .MAP file, which gets the basic Contact data, but loses the activities, groups, histories, notes, and other important details. So they long enjoyed a one-way conversion advantage.

SalesForce.com makes it easy to convert the data from ACT! to SF with its Import Wizard and Oakhurst's ACT!Pak! For months, one client enjoyed the ability to access their database from any browser with this web-based contact manager.

But once their database was assimilated into the collective web, they started to feel stuck. There was no way back, without losing a lot in the translation.

They discovered that some simple tasks became difficult. This client wanted to print labels to a Lookup for mailing their yearly Christmas cards.  They could not find a reference to printing labels or mailing labels in the Salesforce Help screens.

With time running out, before it would be too late for the letters to arrive in time for Christmas, they needed to call in a consultant to help do something they easily did for years with ACT!

Their mailing list needed a lot of clean up to make all the addresses deliverable. Due to the weak data validation in SalesForce Zipcodes were even in the Street field. It is slow as molasses to do data cleanup on the web, with its very limited global replace commands. It would take too much time and expense.

This client had been getting higher and higher monthly bills from Salesforce, over $400 per month - to access their contacts they once did for free. SalesForce could force them to pay or shut them out - as had happened during web access problems. Their contact database was not theirs any more.

They unanimously wanted to go back to ACT! But there was no way they could find to even download the data locally. Synchronization with Outlook would not retain the important relationships between the tables. Recording the mailing in history would be futile.

After an all-nighter, this problem has been solved. With our new Salesforce-to-ACT! conversion process, they printed their 2000+ labels and rushed the Christmas cards to the Post Office. They have "come home for Christmas" to ACT!

To help this client continue to access their data from any browser, they can meet their needs for free with the suggestions from http://GoToACT.com or using ACT for the Web - http://ACTWired.com

This is not to say that SalesForce.com isn't good, especially for companies that have ready access to the Internet, and need to work together in real time.   The staff of this particular client works 99% of the time on a LAN at the office.   Once in a while the manager would go on a trip.  So ACT! on the network with the manager synchronizing with a laptop when travelling was just fine for them.

We have developed conversion procedures to convert data to ACT!  in a complete and cost-effective way for:

ACT! Consultants to
the Tour Manager of
The Rolling Stones

And then, in a twinkling,
I heard on the keyboard
the prancing and pawing
of each program keyword

A bundle of disks
he had flung in his book
And he looked like a peddler
just opening his ACT!

The stump of his pipe
he held tight in his teeth
And the smoke, it encircled
his head like a wreath

He had a broad face
and a little round belly,
That shook, when he laughed
like a bowl full of jelly