"The human brain is the hardware of the cosmic computer which,
through proper programming, can compute anything." - Maharishi

Disclaimer: This is a TM fan page, and not officially approved by any organization.
In fact, they probably think this is rather ridiculous.

CosmicComputerConsciousness.Com
a book - under construction (your ideas welcome)

With the advent of computers in nearly every office
more people now have a way to relate to the functioning
and laws of nature of cosmic intelligence.

Any computer Systems Administrator or Network Engineer
can better relate to how life works.

The Transcendental Meditation technique gives deep rest for dynamic activity.
By "shutting down" for 20 minutes twice a day, we are refreshed for our day.
Often when we have problems with our computer,
or the memory gets hung up with a lot of conflicting programs,
a Reboot fixes it.
Similarly, with TM, we can "reboot" our nervous system.

Our minds are all like workstations connected to the Cosmic Computer.
They work like timesharing on a mainframe computer, network server,
or wireless peer-to-peer network.

Is knowledge stored in our brain
or do we tap in to a "cosmic internet" of knowledge?

or are we both tapping in to the same idea of an apple
just as we are seeing the same image on the internet
from two different computers?

How can all the vast knowledge on the Internet be contained in smaller computers?

The answer is that the computers are only transmitters and receivers.

Similarly, the size of the brain does not determine how much knowledge one can have.

As with the Internet, mental bandwidth and clarity of access
to the Field of All Knowledge improves when "getting online" in groups
using the human brain, the most advanced wireless computer.
Wireless Internet Zone Principle

TM and TM-Sidhis - for Wireless Upgrades to the Nervous System

During the practice of the Transcendental Meditation Program, you use a mantra or "password" to go "online" to contact the Unified Field, similar to the way a wireless computer accesses the Internet.  This universal field of all knowledge has been referred to as the "Cosmic Computer" by Maharishi.

Once a good connection is established, during the TM-Sidhis Program, you can upload certain "commands" or sutras, then receive or "download" the latest software instructions for various improvements, "bug fixes", anti-virus updates, and "upgrade service patches" to the human nervous system for optimal functioning.

When practicing in a group, the access to the Cosmic Computer is facilitated.  Regular practice improves one's bandwidth.

With experience it becomes easier to "surf the cosmic internet" and gain access to total knowledge.

Each person who learns Transcendental Meditation is given a mantra
specifically designed for the model of his or her nervous system,
similar to the way that computer companies issue installation codes
and passwords for specific releases of their hardware or software.
An installation code for an IBM PC running MS-DOS 1982 will not work
for a new Dell Inspiron laptop running Windows Vista 2008 for example.
This mantra, or password, allows the user to access the Operating System of the Universe.

Login to TC with your Mantra

Once the user is "logged in" to the experience of Transcendental Consciousness (TC)
on the "desktop" of the Unified Field, then he can "click" on different sutras
like different software applications to run, through the TM-Sidhis Program. What are the Advantages to living life Online with the Cosmic Internet?

Living life like a desktop, with no internet, is living life in bondage.
All you know is what the information stored in your brain.
Living life like a laptop with a wireless nationwide internet air card is life in freedom.
You can go anywhere, and know anything.
This is called Cosmic Consciousness, or Enlightenment.

The standalone desktop may have a some maps stored on the hard drive.
But the always-online laptop has access to Earth.Google.com with StreetView.
You can find a vendor in any industry quickly, with a map, and aerial view.
You have all contact information, including phone, email, and web sites.
This is life with access to the Total Knowledge of the Cosmic Computer.

Speed, Memory, or Storage Capacity are not as important as Access

You can have a powerful computer, with 4 Gigahertz processing speed,
4 Gigss of RAM with a 400 Gigabyte hard drive, as a standalone desktop.
But it is not as knowledgeable as an old IBM thinkpad with Internet Access.

A man can be a quick thinking person with quick calculating ability,
with a great memory for details stored in his own brain.
If he did not personally experience some knowledge he will not benefit from it.
But he is not as happy in life as an uneducated person who is online every day.
He thinks of what he wants, and the answers immediately come to him.
He can benefit from the total experience of all life in the universe.

The best situation is to have highly developed nervous system, plus be online.

Can minds be designated as shareable?

If we all can access the same "source of thought"
does that mean that we can know each others' thoughts?

To some extent we do, regarding instinctual responses.
When we are babies, we already know basic motor responses.
Most people have a basic sense of what is right and wrong.

We all appear to have our own accounts, without access rights to other minds.
There are legends and reports of "mind readers" who claim to be able to do so.
Twins with similar nervous systems often claim to know each others' thoughts,
but hard scientific research is lacking in this area.

If this analogy holds true, from the great System Administrator's perspective,
who is referred to as God in religious terminology,
it may be possible to know what is going on in all minds, all at once,
even if the user has not designated his mind as shareable.

As in a timesharing system, all activity seems to be happening at once.
Some workstations may be playing a game, some are working, some sleeping,
while some others are undergoing routine maintenance.

It is no coincidence that computers operate this way.
The same laws of nature which structure computer systems
have structured human intelligence.

The ultimate WAN, or Widest Area Network
is the Cosmic Computer

As we are all on the same System
we should respect each other as part of one cosmic mind,
just as one part of the brain works in harmony with the others.
One computer on a LAN naturally does not wish harm to another.

As we grow, learn, and act in accord with the natural laws,
and prove ourselves responsible enough,
the System Administrator grants us more access rights.
We expand in our awareness, we gain more abilities.
We become able to see and work with new areas and folders of life.

Just as a new computer user on a LAN is only given certain rights
by the System Administrator, through his login script,
and may not be able to see that other users, computers, or folders exist.
He may not have File Scan rights to even see them
much less be able to work with them.

We may not even appreciate that there are other minds out there,
or that they actually work in a similar fashion to our own.
We may even think that ours is the "only one" that works this way.
But this is because we don't yet have rights to those areas.

The System Administrator grants only specific rights,
mostly to keep the new user  from getting himself into trouble,
or causing problems on the WAN.
The SA grants beginners specific rights, and limits his access to certain resources.
If the user is responsible, and gains experience, more rights may be given.

Similarly, the human nervous system is organized so that
people generally do not have more powers than they can handle.
Throughout history there are examples of dictators
who could influence other minds,
but did not have a holistic understanding.

Until recently, during the past 5-10 years,
most people have not had a "model" to help explain
and appreciate the way cosmic intelligence works.

Now, with computer networks in more and more offices
we have a way to make such analogies and comparisons
to help understand how our minds may be networked as well.

The mantras and sutras during meditation are our passwords,
naturally opening up our awareness to new folders.

Since the last Big Reboot, or "Big Bang" the Universe has been expanding,
with an upgraded Operating System, with improved
laws of nature which structure our collective consciousness.

When a computer reboots, it goes through a process
similar to the unfoldment of natural law
signified by the first word of the Rig Veda,
Agnim - the "boot strap" program for the universe.

The operating system is the deepest level of a computer's functioning,
and the most powerful, closest to the level of the Unified Field.
It is not surprising that Microsoft has been so successful
by providing the operating system for most personal computers.

By learning to program at the level of the operating system
one can effect major changes in the functioning of all other software.
This is the Maharishi Effect.

In the great Server rooms of the Golden Dome
and Purusha, more mental connections are being made,
opening up more user rights and access for all.

The Transcendental Meditation and TM-Sidhis Program
has been found through scientific research to be
the fastest way to develop consciousness.

The Webmaster of the ultimate web site - the universe
creates and maintains the words and images appearing
on the browser of everyone's consciousness.
Each person has his own IP address and folder
but may be known by various Universal Resource Locators. 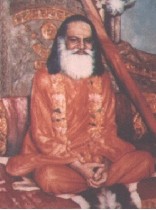 To learn more about how Computer Science relates to the Unified Field:

The Cosmic Computer is everywhere simultaneously